Since ancient times, the pomegranate fruit has been a symbol of fertility, abundance, and longevity, and popular tradition attributes it to positive health effects. These effects are now confirmed by numerous scientific studies that highlight the benefits.

The pomegranate contains antioxidant substances such as polyphenols, tannins, and anthocyanin that act positively on the state of well-being of our body and play an important role in helping to counteract the onset of various pathologies.

Benefits of pomegranate for memory

1.   Scientific studies have proven the benefits of polyphenols in pomegranate seeds and juice for memory and cognitive functions.

2.   There are obvious benefits of pomegranate, especially in post-operative memory retention.

3.   In another study, elderly individuals with memory complaints drank 1 glass of pomegranate juice or a placebo drink with a similar taste for four weeks. Significantly positive differences were found in the verbal and visual memory areas in the subjects who drank pomegranate juice compared to those who drank the placebo.

4.   In addition, an animal study has proven that adding pomegranate to the diet delays the onset or progression of Alzheimer's disease, and it is stated that it can be used in the natural treatment of Alzheimer’s.

5.   In another animal study, it was observed that pomegranate seed extract improved memory and muscle coordination with its antioxidant effect.

The daily consumption of pomegranate extract or juice can promote significant protection against damage associated with oxidative stress, increasing the organic antioxidant defense, in older people.

Pomegranate extract is a concentrate of antioxidant substances that protect the body from damage to cells, due to oxidative stress and from those caused to the cardiovascular system by cholesterol and diabetes.

The benefits of pomegranate extract are due to the presence of vitamins, minerals, and antioxidants, useful for counteracting cellular aging, caused by the harmful action of free radicals.

The legend does not differ much from reality: the pomegranate fruits offer truly extraordinary health benefits, mainly related to the abundance of active molecules with antioxidant, anti-inflammatory, and anti-aging virtues.

It is no coincidence that the pomegranate extract is finding an ever-increasing response in various fields, from the cosmetic to the herbalist one, also encroaching on the medical-therapeutic field.

Current studies show that the properties attributed to pomegranate can bring real benefits to the human body, lowering the risk of various diseases, including hypertension, hyperglycemia, hypercholesterolemia, inflammatory conditions, and - potentially - cancer.

The precious anti-inflammatory properties of the pomegranate extract would have proved important in the control of the clinical symptoms of diseases such as rheumatoid arthritis and other autoinflammatory manifestations.

The significant decline in the expression of inflammatory cytokines would be the main mechanism involved in this activity.

According to laboratory studies, pomegranate extract could be effective in blocking the enzymes responsible for joint damage in people with osteoarthritis.

This ancestral culture of pomegranate extract has been passed down from generation to generation for centuries. However, it has been barely fifteen years since the use of pomegranate as a health-promoting source has received scientific data to support its health effects.

Below we list some of the health benefits that pomegranate extract can provide us:

Clinical studies and animal studies have shown that pomegranate extract has significant anti-atherosclerosis, anti-hypertension, and anti-inflammatory effects, and is expected to be used in the treatment of metabolic syndrome.

3. Effects on bones and joints

Pomegranate powder can block the degradation of proteoglycan caused by interleukin-1 inch stainless steel explants. These results indicate that pomegranate extract can suppress osteoarthritis cartilage degeneration and can be a nutritional supplement to maintain joint integrity and function. 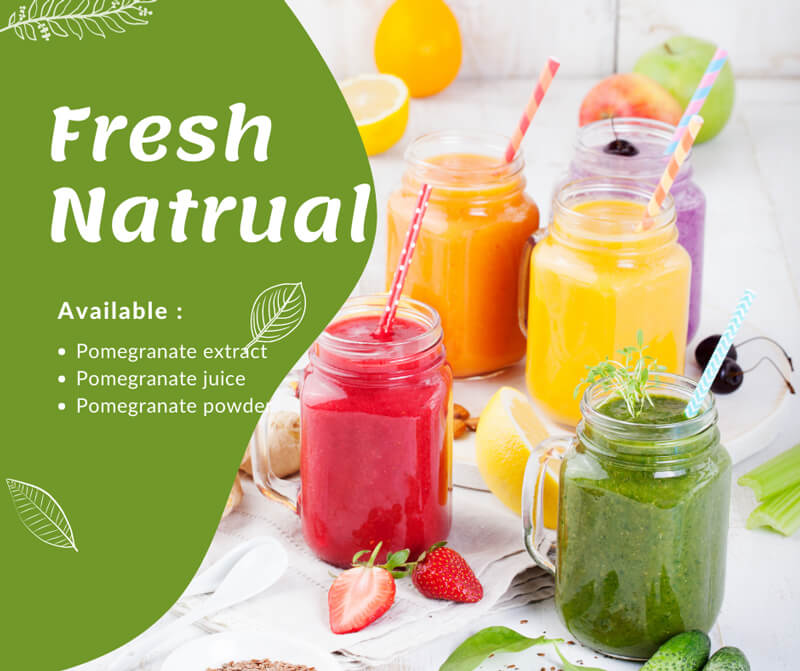