The effect of Rosemary Leaf Extract for Treating Neurological Diseases

Neurological disorders dealing with the gradual and sudden loss of memories like Alzheimer's, dementia have no medicinal solution. But there are drugs which may decrease their rate of occurrence. Some measurable benefits may be found with the infusion of Rosemary Leaf Extract with the drugs.

Rosemary in traditional medicine and literature
Traditional folk medicine is associated with good memory. So it is important to invest whether it is powerful or just overrated. Scientifically, there are three types of memory,  viz; memory, Present Memory, and Future Memory. Memory deals with the thing which you have learned in the past, like in school and childhood. Present memory is the minute-by-minute. We might forget to take our medicines or do work, of something which we are supposed to do. When we remember to remember something, that is what is the deal with present memory. Future memory is a matter of improvement. It depends on the efficiency of these two memories, as to how strong they are in the matter of remembering. Rosemary Leaf Extract has the reference from the past literature and science books. Ophelia in Hamlet tells her brother that rosemary is for remembrance.

Rosemary for therapeutic usage
Rosemary Leaf Extract is used for aromatherapy. There might be few side effects in the case of accidental ingestion in a large volume. The therapy spas use rosemary oil infused with lavender oil and the customers reported to have an improved condition of their memory.

About rosemary plant
Rosemary Leaf Extract is a Mediterranean based plant which is a perennial herb, with evergreen needle-shaped leaves. The blooms appear in winter to early spring and have colors like white, pink. Blue and purple. In Latin, it means the dew of the sea. It is used as spices and the extraction is infused in different medicines for skin diseases and gynecological diseases. Rosemary is a known abortive and it regulates the menstrual flow.

Back to the medicinal value for neurological disease…
The compounds in rosemary oil are said to be responsible for memory performance. One of them is 1,8 cineole. This is same as the compound present in the drug used to treat dementia. This compound increases the neurotransmitter or the acetylcholine for an improved memory. This is done by preventing the breakage of it by the enzyme. Inhalation of Rosemary oil is the best way of getting the leaf extracts inside a neurological system. When you eat the drug, it breaks down the liver and enhances metabolism so that the food can be absorbed by the gut but the risk lies in the fact that it might get into the blood stream in a huge amount causing toxicity. The other harmful chemicals to make the rosemary based drug can also mix the blood.

As a remarkable discovery: Various University researchers have found out that the chemical compound of Rosemary Leaf Extract slows the effect of Alzheimer’s.

Through the way of aromatherapy…
Aromatherapy is by far the best way to take medicine. The ingestion of essential oils will directly take the extract to your neurotic cells. The cells will be able to absorb it and start with the activation of the retention process. Even the medicines for oral consumption can be beneficial with the absorption but many important molecules can get filtered out through your system.

Side effects drug for Alzheimer’s drug and then, rosemary…
The drugs used for Alzheimer's disease have a lot of side effects. The patients, after taking the medications could experience loss of appetite, nausea. They can be deprived of sleep. Severe headaches and fatigue are common. The patients are disempowered. The medicine which has Rosemary Leaf Extract which has fewer side effects and makes patients feel more confident about their improving ailment.

Rosemary tea is another way of improving the brain functions. The oral intake of the product has shown positive results in a conducted research.  There are number reports of the research analysis on the anti-cancer properties of rosemary. Yes, rosemary is believed to be having anti-carcinogenic properties which induce anti-cancer enzyme. Rosemary has polyphenol compounds which hinder the metabolic activation of carcinogens. So rosemary is not a medicine for Alzheimer's but, also it is used for cancer research projects. 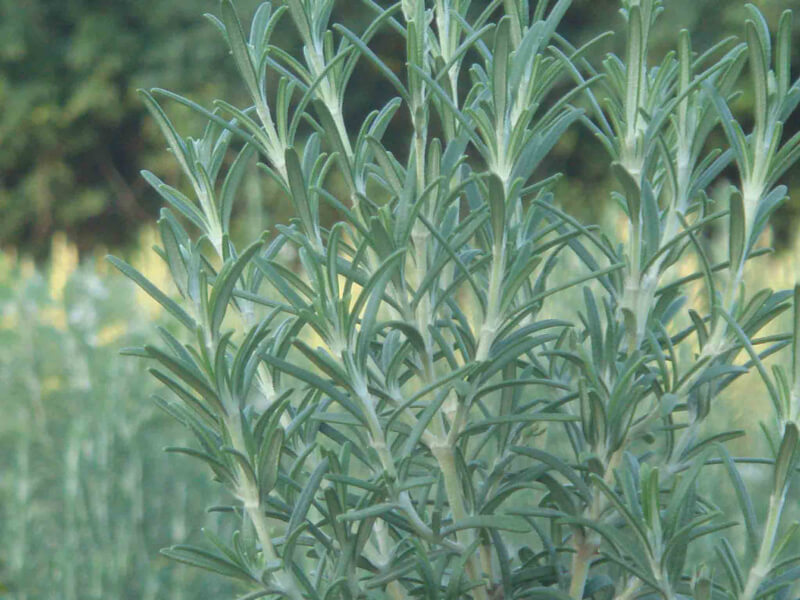