The Main Benefits of Alpha Arbutin

Alpha Arbutin is primarily a glycoside extracted from the bearberry plant and is a great substitute for hydroquinone as a skin lightening agent. Trace amounts of the chemical arbutin can be found in the skin of pears, wheat, and a few other foods. Bearberry is traditionally used to treat urinary tract infections but the chemical arbutin found in these berries has its own use. Being a non-phenol, Alpha arbutin does not cause skin damage or discoloration. The chemical itself is natural and hence does not carry the harmful side-effects that generally come along with artificial chemicals used in cosmetics such as fairness creams. Apart from the bearberry plant, this medicinal compound can also be extracted from blueberries and cranberries as well.

Alpha arbutin is a pure chemical compound that is soluble in water and very expensive. Beta arbutin, which is cheaper and less effective, is often used as a cheap substitute for Alpha arbutin.  So let us now take a look at some benefits this naturally occurring chemical has to offer.

A Skin Lightening Agent
Even in a society as fast and advanced as the 21st-century one that we live in, people with fair skin are still held in higher regard than those without fair skin. This apparent preference for fairer skin is so prevalent that fairness creams dominate the shelves in any cosmetic store or shopping mall even though such creams are as effective as washing one’s skin with detergent and expecting it to shine. Alpha arbutin can block melanin synthesis which results in lighter skin tone.

Our skin forms melanin in the sun with the help of a certain enzyme called tyrosinase. Melanin gives our skin color. More the melanin, the darker will be our skin color. Alpha arbutin can block this tyrosinase activity which in turn will result in cessation of melanin formation. Once the formation of melanin ceases, the skin turns fairer and hence Alpha arbutin finds usage as a fairness agent in many cosmetic products. Arbutin is a great substitute for hydroquinone which is also used in cosmetics.

Evens Skin Tone
Humans do not have even skin color throughout their bodies. The skin tone of different body parts varies according to the exposure of a particular body part to the sun. The part of our body that are exposed more to the sun are evidently darker than those parts which mostly remain covered from the sun. Uneven skin color is frowned upon by many and they use artificial cosmetic products to even skin tone. Alpha arbutin, when mixed with other active ingredients, can penetrate the skin deeper than it can by itself. It reaches the skin layers where hyperpigmentation has occurred and blocks the formation of melanin accordingly. This results in evenly toned skin.

Vitiligo and linea nigra are two skin conditions that result in either discoloration of the skin or uneven skin tone and can be successfully addressed by using Alpha arbutin as an active agent in a fairness cream.

Deals with External Skin Ailments
Age spots are something that we all have to deal with but do not want to. The skin loses its tightness with time and forms creases that look ungainly. Alpha arbutin has medicinal properties that help the skin to retain its tautness despite old age setting in. Freckles, pimples, boils, warts are external skin ailments that can be treated to a certain degree of success by the bearberry extract. It is even said to be useful in treating liver spots.

Alpha arbutin can be mixed with another agent such as a sunscreen and applied on the skin to provide extra protection from the harsh rays of the sun. The compound can decrease the degree of tanning of the skin after exposure to the sun’s harmful UV rays.

A study conducted on 80 women showed that by using an emulsion containing just 1% of Alpha arbutin as compared to other commonly used commercial skin lightening agents led to a much fairer skin after one month than the commercial products did in greater time. The arbutin does not cause skin bleaching and does not harm the sensitive layers of the skin in any way. Alpha arbutin should be used fairly regularly at least for two to three months to get the ideal results. However, there is no adequate scientific evidence to support the use of an external agent to lighten the skin tone. 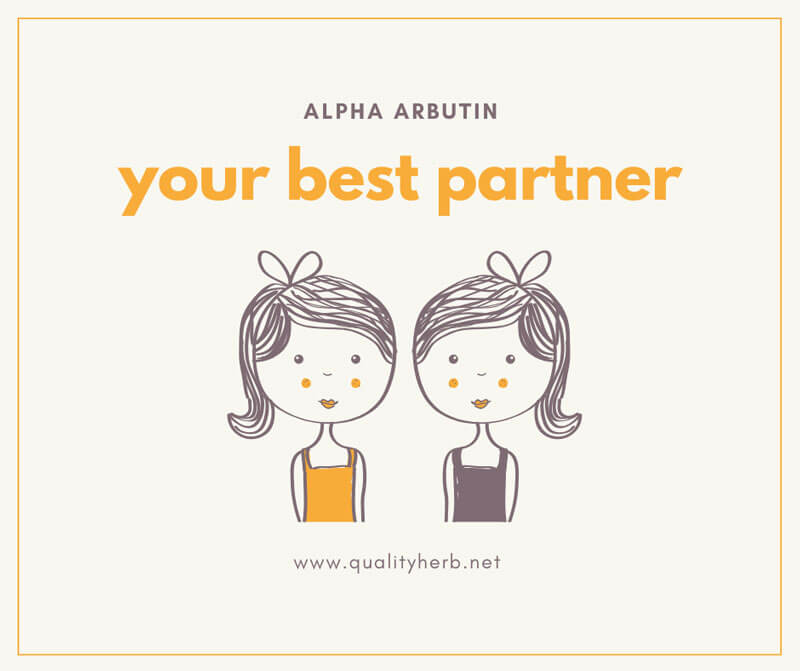