Amygdalin is a poisonous element which is found in almost many plant plants. It is a composition of cyanogenic glycoside. It is mainly found in the seeds or the kernels of bitter alomonds, apricots, apple, peach and plum.

It has been right from the early stage of 1950s that both amygdalin and its modified form known as the laetrile have been promoted as the alternative cancer treatments. It is often used by the misnomer Vitamin B. On the other hand the researchers have found them to be clinically ineffective for the treatment of cancer along with a potential toxic or lethal element when it is taken by mouth mainly due to the reason of cyanide poisoning. It has been stated that neither amygdalin nor laetrile is a vitamin.

It has been duly stated that the main promotion and the usage of the laetrile in order to treat the cancer has been practically referred to as the canonical example of quackery in the history of medical literature. And also as the most sophisticated and the slickest and thus much more certainly a remunerative cancer quack promotion in medical history.

Composition: -
Prunus armeniaca extract Amygdalin is practically a composition of a cyanogenic glycoside which is mainly derived from the aromatic amino acid called phenytalanine. Amygdalin along with prunasin are very much common among plants of the Rosaceae family This in particular are the genus Prunus, and Poaceae(grasses), Fabaceae(legumes), and in other food plants, which mainly includes the linseed and manioc. Sambuningrin which is obtained from the leaves of the older tree known as the Sambucus nigra is primarily said to be an isomeric to prunasin. Thus it is within these plants, that Amygdalin and the all the related enzymes that are necessary to hydrolyze them are practically stored in different locations so that they will mix in the response to the tissue damage. This practically provides a natural defense system.

All kinds of stone food kernels, like the Apricot (8%), Peach (6%), bitter almond (5%), and Plum (2.5%) contain Amygdalin. Amygdalin is also found in the seeds of some other fruits such as apple. The stones are then taken out of the fruit and then they are cracked in order to obtain the kernels, which are particularly dried in the sun or in ovens as well. The kernels are then boiled in ethanol. After this process on evaporation of the solution and the addition of diethyl ether, Amygdalin is then precipitated as small white crystals which are minute in structure.

Laetrile: -
Laetrile is practically a simpler semisynthetic version of amygdalin. Laetrile is actually initiated and synthesized from amygdalin by the help of hydrolysis. The usual preferred commercial source is obtained mainly from apricot kernels. This particular name is primarily derived from the different words known as laevarotatory along with mandelonitrile. Laevarotatory usually describes the stereochemistry of the molecule, while on the other hand mandelonitrile refers to its chemical identity.

A total of 500 mg laetrile tablet may usually contain between 5–51 mg of hydrogen cyanide per gram.

Some of the claims for laetrile were mainly based on three different hypotheses: -
·         Hypothesis (1) had the proposal that the cancerous cells contained copious beta-glucosidases, which release HCN from laetrile via hydrolysis. The normal cells were reportedly unaffected, which is because they contained low concentrations of beta-glucosidases and has high concentrations of Rhodanese, which mainly has the power to convert the HCN to the less toxic Thiocyanate.

·          Hypothesis (2) had the proposal that, it is mainly after ingestion, that amygdalin was hydrolyzed to mandelonitrate, which then transported intact to the liver and then it was converted to a beta-glucuronide complex, which was then mainly carried to the cancerous cells, and then again hydrolyzed by beta-glucuronidases in order to release mandelonitrile and then HCN. This was considered totally undefendable.

·         Hypothesis (3) also proposed that laetrile is the actually Vitamin b_17 which was discovered, and then further suggested that the cancer is a result of "B-17 deficiency." It mainly had the power to postulate that regular dietary administration of this form of laetrile would, which was indeed therefore, actually prevented all incidence of cancer. There is no evidence for supporting this conjecture. 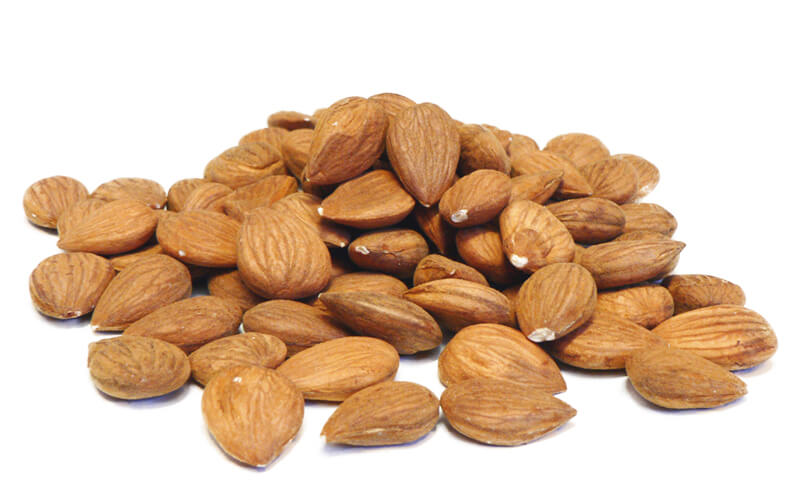