The Rhodiola rosea is a perennial flowering plant of the Crassulaceae family growing naturally in Arctic regions, mountainous parts of Europe and Central Asia and Eastern part of North America. They are small shrubs growing up to 15 inches with yellow or greenish yellow flowers which bloom in summer. It is also goes by the names golden root and rose root. The leaves and shoots can be eaten raw or used as a salad dressing or cooked like spinach. The root of the plant however is the prime part of the plant as it contains astonishing medicinal qualities. Many natural rhodiola rosea extract factories in China and Japan manufacture powder extracts of the plant for medicinal use.

The plant has been traditionally used in Chinese medicines to cure anxiety and depression. However there is little scientific evidence of this fact based on human study. In Russia, it was generally used to counter the harsh temperatures of the cold Siberian climate and as a tonic for the stressful life. The rhodiola rosea extract is known to enhance physical endurance and boost the stamina with the help of certain active compounds present in it. Rhodiola can be used to enhance athletic performance as it is said to increase the red blood corpuscle (RBC) count in your body. As the RBCs carry oxygen to muscles, the increased RBC count will lead to increase in oxygen supply which in turn leads to improved stamina. According to a 2004 study it also has anti-inflammatory benefit which helps the muscle to recover rapidly and builds endurance. So if you want to boost your stamina and energy in a natural way then the rhodiola rosea extract is just the thing for you.

One of the most important characteristics of the rhodiola is its adaptogenic nature. Adaptogens are rare plants which work intelligently to restore balance in your body. The rhodiola rosea extract factory in Beijing, China is one of the leading manufacturers of rhodiola rosea extract, containing mainly the compounds rosavin and salidroside. These active compounds help to fight off fatigue and physical exhaustion by keeping the body fresh from inside via their anti-oxidant activities. Rosavin is also the chief active compound that gives the plant its anti-depressant quality. The tea made from rhodiola extract used to be taken in historical times to increase physical endurance and cognitive vitality. It was believed to delay ageing and lengthen the life span of humans.

There are nearly 140 compounds present in the rhodiola rosea plant. Some of the important active components are phenols, rosin, rosarin, rosavin, terpenoids, salidroside, flavonoids and alkaloids. Most rhodiola rosea extract factories have a higher percentage of rosavin and salidroside compared to other compounds. Most of these compounds are anti-oxidant in nature which is why the plant is taken to be the premier longevity herb. It is also believed to be neuro-protective in nature but there is only preliminary evidence. Several studies on mice and in vitro studies have shown the plant as having protective effects on the heart, liver and the central nervous system.

The rhodiola extract is known to have stimulating and sedating action on the central nervous system. The compounds present in rhodiola act on the neurons and increase their sensitivity. They also act on dopamine and serotonin, two important neurotransmitters. Dopamine and serotonin controls the memory, pleasure, mood and focus of the nervous system. It can elevate your mood by increasing the sensitivity of dopamine which also helps to fight addiction and cravings for food. This is why doctors often prescribe rhodiola extract as a substitute for anti-depressants. Taking rhodiola extract not only uplifts your mental health but also your physical health. By reducing stress and elevating your mood the plant helps keep you young. It increases your focus too.

The adaptogen rosavin present in rhodiola can arguably control coritsol levels in the body. Cortisol, also known as the stress hormone, is released when the body is in ‘fight or flight’ mode. High levels of cortisol in your body bring about physical stress and can cause you to age quickly. Rhodiola rosea extract can control this cortisol level and lower blood sugar as well as decrease abdominal fat. Studies have also proven it to have positive effects on the thyroid, thymus and adrenal glands. However, further conclusive human study is required. 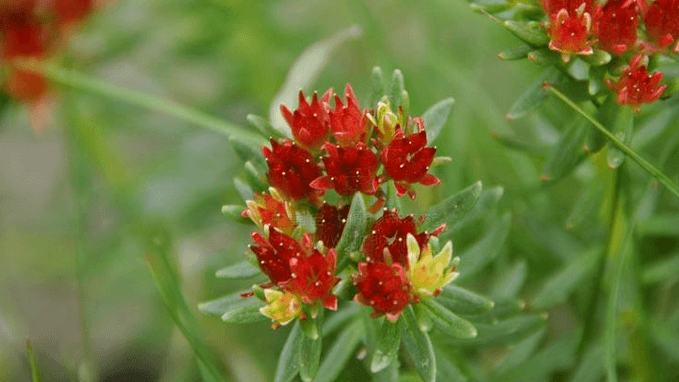